60
Speakers
We have 60 confirmed speakers. Click to see who is speaking.
600
Attendees
Register Today!
C 01

Fueling the Quantum Application Era with the Cloud

Today, cloud access (like D-Wave’s Leap quantum application environment) and improvements in quantum computing hardware, software, and developer tools are allowing programmers around the world to code on live quantum computers in real-time. Developers, students, and researchers around the world can now tap into the power of a quantum via their browser — quantum mechanical knowledge not required. Users and private companies have already built over 150 early applications on D-Wave’s computers in industries ranging from automotive to machine learning, aerospace, finance, and beyond. The quantum application era is here, and the growing quantum developer community is making it a reality.

In this session, Murray Thom, Vice President of Software and Cloud Services at D-Wave, will talk about the burgeoning quantum application development ecosystem, and how developers can start learning to code on a quantum computer today. Murray will also explore some of the early applications that developers and companies have built to-date. 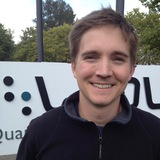