An Overview of Java 9

The release of Java 9 is scheduled for July 2017. This session provides an overview of new feature that might be of interest to Java developers. There are only minor extensions to the Java programming language in Java 9, but there are numerous extensions of existing JDK APIs, several optimization (e.g. related to strings) and lots of refinements of JVM internals. The most prominent feature is probably the Java Module System. Another change that will affect some, but not many Java developers is the deprecation of the sun.misc.Unsafe class. We will look into replacements for its features. 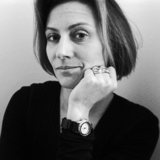