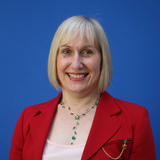 Computer Scientist and co-creator of the ARM processor

Sophie Wilson read computer science at Selwyn College, of which she is now an Honorary Fellow. Now Senior Technical Director and Fellow at Broadcom, as an undergraduate she developed what would form Acorn System 1, a microcomputer that was Acorn’s first product. In 1981, the BBC commissioned her to design a more advanced microcomputer, the BBC Micro, which allowed schools across the UK to introduce children to writing their own software and for which she designed and wrote BBC BASIC. In 1985 she co-created the Acorn RISC Machine Processor, now an integral part of items such as smartphones and broadband routers. Used in Apple’s first personal assistant, Newton, Apple products still feature it today. Elected a Fellow of The Royal Society, in 2016 she received (with Steve Furber) the Society’s Mullard Medal for their contribution to the design and analysis of the ARM Processor as the most successful embedded processor architecture in the world. A Fellow of the Royal Academy of Engineering and of the British Computer Society, Sophie Wilson also has Fellowship of the Computer History Museum for her innovation in programming and processor architecture and an honorary doctorate of science from Cambridge University.