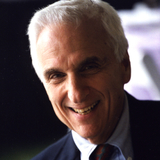 Mel Conway’s career in IT began in 1956 with punched cards and vacuum-tube computers. From that time to now, his primary interest has been simplifying the process of building software. In 1963 two papers introduced four innovations that radically simplified the construction of COBOL compilers and that were adopted by several computer manufacturers. The thesis of his 1968 paper on the design process has come to be known as “Conway’s Law.” In the 1970’s he consulted to hospitals, and as an independent contractor he built freestanding hardware digital-to-video viewers for CAT and PETT scanners for three medical institutions. In 1982 he cofounded a startup that built Macintosh Pascal for Apple based on his design, unique for immediate turnaround and source-level debugging in a computer with limited memory. Since that time his focus has been on the question: What would it take for software technology to be so simple that everybody could understand it? In the 1990s he began development of an application-building tool based on a wiring flow model, and he has been documenting what he has learned at melconway.com.