60
Speakers
We have 60 confirmed speakers. Click to see who is speaking.
10
Tracks
We offer 10 tracks, click to read more about each of them.
900
Attendees
Register Today!
B 09

So you can Sleep at Night: Ethics in IT

In this talk, we discuss the ethical considerations of being a software developer in a world that, increasingly, seems like an unfolding episode of The Twilight Zone or Black Mirror.

In 2016, BuzzFeed News reported that a wifi enabled children’s doll, My Friend Cayla, was streaming data to Nuance Communications, a company specialising in voice recognition software — but also with a small division building software for military and government agencies. Privacy campaigners expressed concern that, as children tend to ascribe personalities to their toys and confide in them as ‘friends,’ this constituted an unnecessary invasion into children’s privacy.

Software is capable of killing people and ruining lives. This is nothing new: poorly-built and -tested software (such as in the Therac-25 radiotherapy machine, which gave six patients a massive overdose of radiation) was (and to some extent remains) a public menace. But equally dangerous is the inventive ways in which seemingly-benign software can be used for nefarious reasons.

In 2014, it was reported that the geo-social networking app Grindr, aimed at gay and bisexual men seeking casual encounters with other men, was being used by the Egyptian police to triangulate the location of, and entrap, LGBT people. In recent years, social networks such as Twitter, Facebook, and Snapchat, have become a funnel for organised harassment of women, ethnic minorities and LGBTQ people on a massive scale. And Facebook, under public pressure from right-wing political groups in the United States, replaced potentially-biased human news editors on its website with an algorithm; within days, the suggested stories included 9/11 conspiracy theories.

No software exists in a vacuum. We, as developers, need to understand the social implications of our software more than ever; and we must use this information to make ethical decisions about how we build our software, and what we choose to involve ourselves in—in short, we must be humble, we must be watchful, and we must ensure the decisions we make mean we can sleep at night. 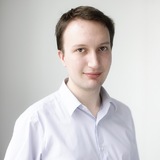 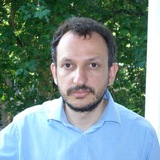