60
Speakers
We have 60 confirmed speakers. Click to see who is speaking.
10
Tracks
We offer 10 tracks, click to read more about each of them.
900
Attendees
Register Today!
C 01

Listening In: Cybersecurity in an Insecure Age

This video is also available in the GOTO Play video app! Download it to enjoy offline access to our conference videos while on the move.

What makes us most secure? Is it enabling the police and intelligence agencies to unlock digital devices and listen to communications? Or is it securely protecting devices and communications against intrusions?

Two events in 2016 painted this issue in sharp contrast. In February 2016, the FBI tried to compel Apple to open the locked iPhone of a San Bernardino terrorist. Apple refused, citing threats to iPhone security. Eventually the phone was unlocked without Apple's help; the battle over encryption continued. Then, in October 2016, the US government announced that Russia had interfered with the 2016 presidential campaign, attacking not only the Democratic National Committee and the Clinton campaign, but also research institutions and civil society organizations. Nor was the US the only target of Russian government attacks; the 2016 French presidential election was similarly targeted.
What makes us most secure? In this talk, I will discuss our most serious threats and what's needed to protect against them. 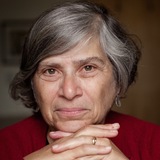 Bridge Professor at Fletcher School of Law & Diplomacy and School of Engineering, Department of Computer Science at Tufts University