In 2001 a group of programmers proposed the word "agile" to describe a set of values they shared. Several of these programmers had already developed methods based on these values. The values are universal, that’s how they were chosen. The methodologies, however, were designed for the technology landscape of the 1990s. Think of all the changes in technology and business practise in the last 25 years. If that seems too daunting just think about the last five years. In taking "Agile" mainstream, we adopt these ancient practises on faith while losing sight of the values that inspired them.

How do agile values map to the modern landscape of massive computing power and storage on demand, languages that compile faster than you can type, computers in jeans pockets more powerful than the previous generation's mainframes, home broadband fast enough to stream high-definition video?

It's time to revisit what agile software development really means. The previous generation moved the delivery horizon from years to months. Now we need to think in days or even hours. 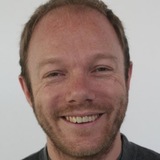 Blog
Agile - Are We There Yet?