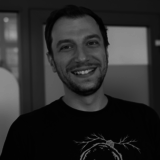 Marc is a software engineer who's tinkering with code since ...the glorious days of his Atari 130XE.

Before joining Microsoft in 2015, Marc worked as a freelance developer for 9 years. Most of the time he worked with international customers on native mobile projects, but also embraced challenging LoB, Software Architecture or ALM/DevOps tasks. He's also the co-founder of digitalnatives Berlin, a consulting agency founded in 2008.

Marc's other interests include LEGO, games and powered devices that have an operating system and transfer data.