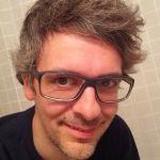 Andreas earns his living as a compiler engineer on the V8 team at Google. He is currently involved in the design of WebAssembly, and is the main editor of the Wasm language specification and its reference implementation. Earlier, he was the lead of V8's "language team", bringing ES6 (a.k.a. EcmaScript 2015) to customers like Chrome and Node. Over a long 5 years he has been V8's emissary to TC39, the EcmaScript standards committee.

Before moving to industry, Andreas was a researcher at the Max Planck Institute for Software Systems, where he worked on such exciting topics as programming language design, semantics, type theory, module systems, functional programming, compilers, and utilising theorem provers. He has a passion for programming languages in general while being frustrated about the state of the art of the ones in wide-spread use specifically.

WebAssembly: What and What Next?
Andreas Rossberg
Ben Titzer
Thursday Nov 16, 12:00