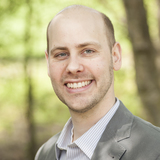 Joe Justice works globally as an interim executive for Scrum in Hardware, bringing multinational companies twice the work in half the time. His teams have held 3 world records. He is a TEDx speaker, guest lecturer at both MIT and Oxford University in England, featured in Forbes 5 times to date including as owner of a "Company to watch" by Forbes Billionaire Club, cited in more than 5 business paperbacks and hardcovers, the subject of a Discovery Channel mini-documentary for his work creating the discipline Scrum in Hardware while working directly with the co-creator of Scrum, Dr. Jeff Sutherland.

Joe has worked with all of the top 3 military and defense contractors, autonomous and smart road technologies, ultra-lightweight structures, guest lectured at UC Berkeley, MIT, on behalf of Carnegie Melon, CU Denver, The University of Washington, spoken at Google, Microsoft, Zynga, Lockheed Martin, HP Labs, The Royal Bank of Canada, Pictet bank, and others. Joe's work has been featured in Forbes, Harvard Business Review, CNN Money, the Discovery Channel, and others.