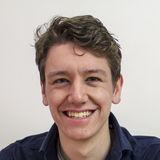 Ruben van Vreeland is a young veteran Ethical Hacker. With BitSensor he gave security advise to the greatest web platforms. He started programming at the age of 9. His security career began when he turned 14. Ruben then started his own security consultancy company. A job as a programmer at a web development company followed.

In the present day Ruben is a speaker at major conferences such as Hack In The Box/HAXPO where he spoke on advanced XSS. With BitSensor he has created a radical new approach on fighting attacks on the web application layer. IBM has chosen BitSensor as globally most promising startup in the SmartCamp program.